Solarpunk as an Optimistic Vision of the Future: An Introduction

Popular culture accustomed us to a rather grim way of thinking about the future, where it usually holds only visions of the apocalypse and dystopian systems. It seems that it is a tendency of humanity to expect and imagine the worst. Perhaps all this time the question that needed to be asked was: what future do people want? Solarpunk is a way of answering that question.

While the idea of solarpunk is attributed to an artist and blogger, Olivia Louise, a quick search on the Internet proves that this term first appeared in 2008. That year, on a blog Republic of the Bees, there appeared an article in which blog creators describes their own idea of solarpunk. It is explained as a science fiction and fantasy genre derived from steampunk but with one notable difference – solarpunk ideas and technology are able to become real and leave the sphere of imagination. The project itself did not seem to interest anyone – a low number of blog followers may be the cause of that. Between 2008 and 2014 solarpunk was briefly mentioned on writers’ forum AbsoluteWrite in 2011 as a way of combining solar energy with cyberpunk aesthetic and general setting.

Apart those mentions, 2014 is believed to be the real beginning of solarpunk as a literary genre and social movement – for two reasons. The first call for change was given by Arizona State University in a form of Project Hieroglyph. It was started in 2011 by a manifesto written by Neal Stephenson.

In his manifesto Stephenson directly attacks modern science. He accuses it of stagnation, the inability to dream big. He uses history of space exploration as an example, showing that despite innovative technology having been researched for decades, even the most advanced space programs still operate on similar methods to those used half a century ago.

The second reason why science fiction literature might be important in helping with ending the stagnation is The Hieroglyph Theory created at the conference Stephenson attended months prior to writing his manifesto. According to that theory, science fiction serves as a symbol of the idea of future. Narratives created by science fiction should then inspire a certain way of thinking about the future or expressing our hopes or fears. The rise of skepticism toward technology, as well as the popularity of cyberpunk and dystopia in literature could be then interpreted as an expression of our collective weariness with the status quo. 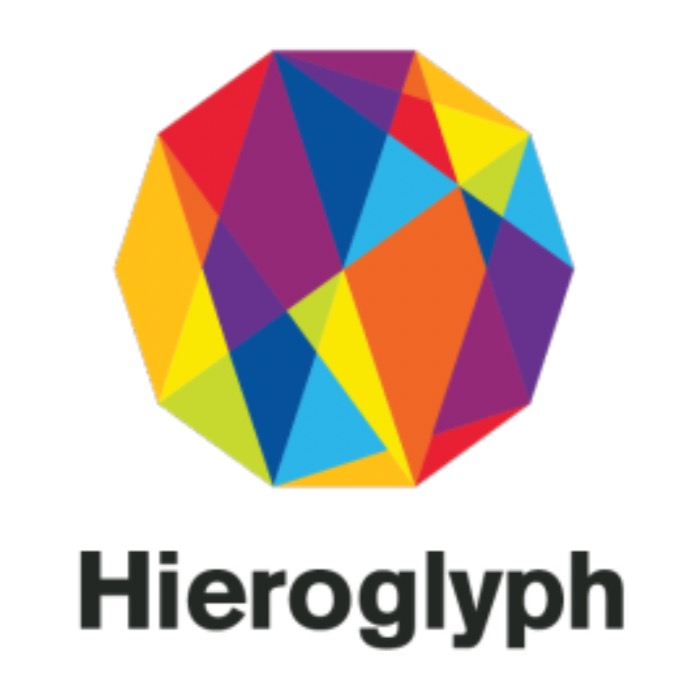 The following discussion between Arizona State University’s president Michael Crow and Neal Stephenson led to the creation of the Center for Science and Imagination and gave birth to Project Hieroglyph. Those two initiatives shared a goal, which was getting people to think creatively and ambitiously about the future. The first step consists of sharing a broader sense of agency about the future. The second step includes becoming comfortable with tools used to envision the future. Creators connected by the Center and Project Hieroglyph were encouraged to share ideas and explore possibilities of already existing or soon-to-exist technology in various innovative ways.

The result of that connection was an anthology of fiction gathered under self-explanatory title Hieroglyph: Stories and Visions for a Better Future, consisting of seventeen stories based on research done by scientists, scientific phenomenons, and opportunities given by inventions already known.

However, it is hard to determine the importance of Project Hieroglyph – while definitely needed and possibly ground-breaking, the initiative did not accomplish much. The anthology was finalized and published in 2014 – three years after Stephenson’s manifesto and two years after the project launched. The (still working) website of the project seems abandoned – the latest post was written in April 2016. This sparks a question: why? Was Michael Crow right in proclaiming that science fiction writers were not doing enough to inspire society? Or has humanity really lost the ability to take risks, as Stephenson seems to think? Or maybe what Project Hieroglyph proposes is not enough? The fault may also lay in the viewpoint assumed by Stephenson and other participants. Instead of taking a step back to analyze the big picture, Project Hieroglyph postulates pushing forward. It can be clearly seen in Stephenson’s stance on outer space voyages. He speaks of achieving great things and moving forward as if it is the sole purpose of humanity. His demand for ambitious plans and huge accomplishments is an embodiment of hubris. It arises from a belief that humankind not only could, but also should, expand its influence on the world.

Still, even though the project was rather short lived, it can be treated as the first step leading to the creation of solarpunk. It is also noteworthy that Arizona State University has not stopped pursuing the main goals set for the Center for Science and the Imagination. On February 20, 2019 the Center published a book titled Weight of Light. A Collection of Solar Futures, which is available for free in various e-book formats on the Center’s website. This is, to my best knowledge, the first academic publication that includes the discussion on solarpunk and the future based on renewable energy.

The fact of an academic publication cements solarpunk’s status as a new genre that needs to be discussed and gives it significance. The real birth to this new genre should be attributed to Olivia Louse who came up with the idea on her blog on the Tumblr platform, where she presented a few drawings and a list of tropes that would be included in solarpunk setting.

The simple vision was soon picked by other Internet users tired of minimalist, sterile vision of future cities. Solarpunk started to be viewed as an alternate option to cyberpunk. Its visual elements were joined by social and political movements that connected solarpunk to anarchism, egalitarianism and liberalism. The importance of nature and ecological solutions put solarpunk in the area of ecocriticism, where it is the embodiment of ecocentrism.

Currently solarpunk is defined as a movement in speculative fiction, art, fashion and activism that seeks to answer and embody the question “what does a sustainable civilization look like, and how do we get there?”. The apocalyptic narratives envisioning the collapse of the world as we know certainly could serve as a wake-up call for those who believe our society is void of problems. On the other hand, they do contribute to the atmosphere of despair. Solarpunk offers much needed hope. The ideas presented by solarpunk do sound quite utopian, but perhaps this is what we should imagine. After all, according to Oscar Wilde:

“a map of the world that does not include Utopia is not worth even glancing at, for it leaves out the one country at which Humanity is always landing. And when Humanity lands there, it looks out, and, seeing a better country, sets sail. Progress is the realization of Utopias”.

Not even a month after Olivia Louise posted her idea of what solarpunk should be like, Ed Finn, one of the editors of Hieroglyph: Stories & Visions… published a short essay Solarpunk: Notes toward a manifesto on the Project Hieroglyph website. He summarizes Louise’s concept and adds his own tendencies attributed to solarpunk, namely: ingenuity, generativity, independence, and community. Finn draws the connection between solarpunk and various ideas such as Ghandi’s ideal of swadeshi, Salt March or Jefferson’s yeoman farmer.

To have a better understanding of what solarpunk is, we need to start with the explanation of the name itself. The “punk” part is well known from other genres such as cyberpunk or steampunk. It indicates the rebellious aspect of those stories and initiatives. Another interpretation points to the slang meaning of the word – “a punk” is a young person living on the verge between law and crime. Solarpunk narrative indicates a protest against the old system, against the corporate lifestyle etc. The “solar” part of genre’s name can have two meanings. One refers to hope that is a big part of solarpunk ideas – an expression of a brighter, better future which was also a wish of the Hieroglyph Project creators. The second potential meaning refers to renewable (solar) energy that is the basic on which solarpunk society operates.

In his introduction to solarpunk, Connor Owens explains the movement in connection to four defining aspects, which can be divided into: revolt of hope, eco-speculation, positive articulation, and practical utopianism.

The utopian, positive character of the solarpunk narrative places it in the space between science fiction and fantasy – sometimes giving it an almost fairytale-like feeling, despite its connection to the reality and the present state of our world. Where cyberpunk soon became a tool for popular culture to profit on nihilistic tendencies in society, solarpunk stands strong as deeply political – and metaphorical – call to arms.

On the political scene solarpunk is an eco-futurist movement fighting against authoritarian ruled states, the corporate mindset, and degradation of the biosphere. It envisions a future reconciliation between humanity and nature, where hierarchy and control in society is replaced by freedom, equality and cooperation. Solarpunk is associated with decentralist left and rejects both market capitalism and state socialism, instead leaning toward communal solidarity of individuals standing on equal ground.

Solarpunk’s program postulates the creation of small, local communities, supporting artisans, sharing abundance. In relation to that, solarpunk stories are most likely to portray characters from currently marginalized or oppressed groups, living freely. In text and language this narrative is visible by usage of gender neutral pronouns – a departure from heteronormativity. The very modern lifestyle is challenged, with nuclear family unit being replaced by housing of people linked by friendship and familiar bonds, but not necessarily marriage.

As a positive articulation of the future, solarpunk’s goal is to portray the world people would like to live in, instead of – as cyberpunk did – the one we should avoid but prepare for nonetheless. That means technology cannot only exploit the natural world but should be created with both the society’s and the environment’s prosperity in mind. The mentioned rules then create types of workers communities that operate in accordance to them and on a small scale, and include worker cooperatives, mutual aid networks, and directly-democratic popular assemblies.

In literature, solarpunk is still in the phase of defining itself as a genre. Most works categorized as solarpunk are short stories but solarpunk ideas can be found in works of various media not related to this movement, such as the novel Always Coming Home by Ursula Le Guin. However, literary realizations of solarpunk do include a few anthologies. In all cases the works are the result of the outline created by Louise and developed by Internet users. In its current state, solarpunk consists of short stories, a few poems, and graphics.

At the end, it is worth mentioning – to show that solarpunk is a subject difficult to discuss, but nonetheless very much worth discussing – that Internet users up until not long ago argued whether solarpunk is even a legitimate genre. In April 2017, an article on solarpunk was deleted from Wikipedia after the discussion between website contributors, who decided it was lacking substantial coverage. Two years later the movement was getting more and more interest from academic circles and social media platforms, resulting in creating in May 2019 a new solarpunk page on Wikipedia. Just yesterday (March 28) solarpunk was discussed during a panel about climate disasters in fantastic at Polish online fan convention Kwarantankon 2020, proving the genre’s growing role in our culture.

For more information about the writer, please check bio at Associated Researchers.

// Picture of book cover from https://bysinginglight.wordpress.com/2019/03/13/always-coming-home-by-ursula-k-le-guin/

Blog entries follow the blog guidelines which can be found above. Blog entries are expression of the author’s opinion and have been reviewed and edited by the blog editor.

Cli-Fi: Snowpiercer and the Struggle Against Climate Apartheid

Critical Utopia in "The Good Place"